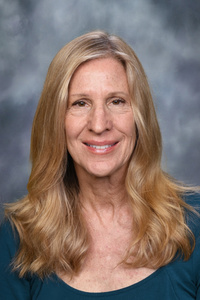 Michelle Davenport is both the Business Manager and the Health & Wellness Counselor at Carden Academy where she has been employed since 2006.

Prior to joining the staff at Carden, Michelle had been involved in Maui’s business community since 1985. She has been a licensed realtor, an escrow officer, and real estate and construction Accounting Manager. In addition to her role as Business Manager, Michelle is also the counselor at Carden. She is a licensed MFT and is available to offer emotional/behavioral/relational support to students, staff, and parents while on campus.

For many years, Michelle was also the IT Facilitator, which included implementing and managing the campus’ network system, and has also assisted in the development of a school-wide Student Support Team.

Receiving a four-year academic scholarship, Michelle graduated with Honors from the University of California at Santa Barbara. She was the subsequent recipient of an honorary scholarship from Argosy University where she graduated with Highest Honors with a Master’s Degree in a field of psychology that specializes in relational/systemic theoretical orientations.

Michelle is a Clinical Member of the American Association for Marriage & Family Therapy (AAMFT) as well as the American Group Psychotherapy Association (AGPA), an organization that selected her as a workshop presenter at their annual conference in New York City in 2016 and again in 2017.

While raising her two children on the island, Michelle worked for many years as a Maui preschool teacher and children’s swim coach. At Carden she has been an assistant coach for many years for both the volleyball and math teams. Michelle enjoys traveling, reading, swimming and dancing. She resides in Kula where she has lived for over 30 years.